We all know how dangerous texting and driving is — or do we?

Citing a new study, Medical Daily recently reported that educating drivers about the real dangers of “intextication” could make all the difference on today’s highways. 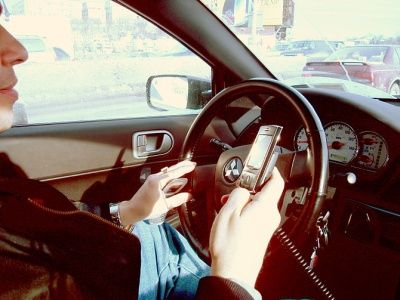 The association between auto accidents and distracted driving are well documented. Study after study conclusively shows that texting behind the wheel is as dangerous as drunk driving, and yet it persists as a pervasive part of American culture.

Why do so many people continue to text despite the danger? As experts now know, the message simply isn’t sinking in yet.

In the new study, researchers observed a group of hospital employees (people who should have a better understanding than most of the texting’s health hazards) as they drove to and from work. Then, having documented their distracted-driving habits, the researchers began an “intervention” of sorts — an educational campaign designed to raise awareness about distracted driving.

Following the intervention, researchers returned to observe the same drivers. The goal was to see whether educational efforts could really have any lasting effect on people’s driving patterns.

Senior study author Dr. Bellal Joseph concluded that while most people probably know texting and driving is dangerous, “they really don’t understand the high level of peril it truly represents.”

Joseph went on to call for a national DADD or “Doctors Against Distracted Drivers” campaign — an effort that clearly could have some success.

Certainly, Joseph’s findings are encouraging. As Phoenix auto accident attorneys, we know first-hand how traumatic the impact of texting while driving can be.

It’s our hope that people in Arizona and throughout the United States will continue to better appreciate the substantial risks and ultimately make distracted driving a thing of the past… the sooner the better.