The Apple Watch is the latest hi-tech gadget to garner excitement all around the world. Its critics and fans debate its utility, its price point, and its potential to overtake the smartphone as the dominant digital device. 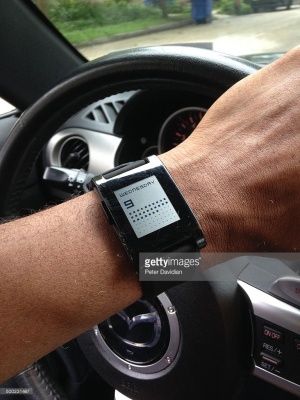 But now a new conversation is emerging that raises an even more critical question that perhaps some had not considered before: is the Apple Watch dangerous?

Safety experts fear that the Apple Watch could lead to another (and even bigger) explosion of distracted driving on America’s highways — an already-problematic phenomenon that society has yet to effectively encounter.

The fear with the Apple Watch is that drivers will be wearing it on their wrists (“almost literally in your face,” says columnist Larry Higgs), making the temptation to use the device that much more powerful.

Experts are also worried by just how much the Apple Watch can do. Like the smartphone before it, the new “smartwatch” can provide GPS directions, access to text messages and emails, and a myriad of other distractions. Some safety advocates say that the alerts alone could cause accidents.

From a legal standpoint, the law may need to catch up with the new technology. Jurisdictions might need to clarify the extent to which these watches fall within the purview of existing rules about handheld devices and distracted driving.

At least one thing remains unchanged, though: distracted driving constitutes dangerous negligence. If you or a loved one has been injured because another driver was using an Apple Watch, a smartphone, or any other handheld device, the Phoenix personal injury lawyers can help. Call us today.