Accidents happen. It is unfortunate, but it’s a fact of life. A normal day can be turned on its head by even a low-speed, fairly minor car accident. You can even get injured on a simple walk to the store. You could fall off a ladder at work and hurt yourself. The incident may be completely coincidental, or due to no fault or action of your own— and still, your day, week, month, or entire year may be ruined.

A personal injury case may be the only recourse for paying back the mountains of medical bills—and if you can’t work, the settlement from a personal injury case may be necessary to simply survive! The court, lawsuits, and the entire legal process can be intimidating— it’s a world that most people have not navigated and the power the court system has is impressively daunting. But if you are not at fault, you should have nothing to fear, and an experienced personal injury attorney will be able to navigate the system for you.

Let’s Back it Up a Step— What is a Personal Injury Case?

A personal injury case is a legal dispute between separate parties wherein one of the parties suffers harm from an accident that the other party is responsible for. Personal injury cases are considered civil cases, rather than criminal cases, and can be settled in three general ways: 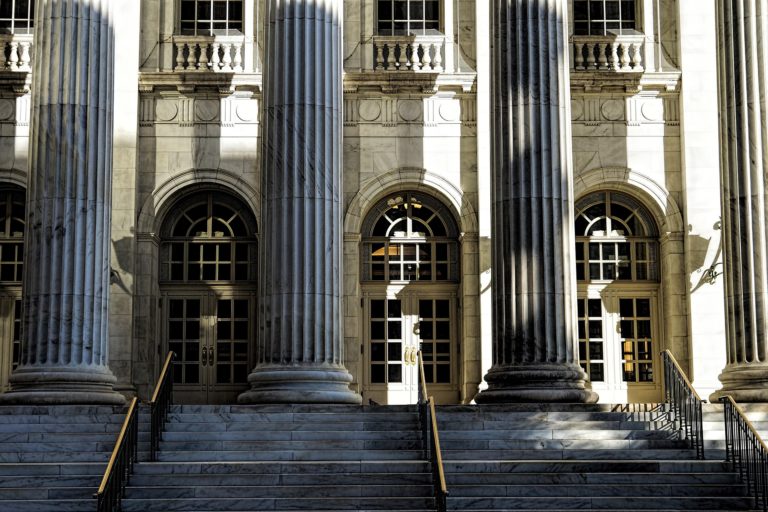 You’ve reviewed the options, and a personal agreement or mediator will not work—you need to file a lawsuit. So, what’s next?

The first thing you should absolutely do is gather every bit of information that you have about the accident. This may be pictures of the incident, financial records, witness statements, names, dates, phone numbers—the whole lot! Your attorney will be able to sort through the quagmire, and the more information you give him, the better job he can do on your settlement.

Once you’ve got your resources together, it’s time to consult an attorney. Thankfully, most attorneys will provide free consultation, and some law firms will even withhold billing until the completion of the case. This is great news because attorney bills on top of medical bills are just more stress and strife piled on top of your already stressful injury recovery. Once you hire an attorney, the process begins.

Investigation of the Incident

Your lawyer needs to know everything about the accident, your injury, and the treatment. The more complete your information is, the less chance that your lawyer will be surprised. Your legal team will determine the value of your damages and enters into negotiation. It is advised that you not rush this process. For one thing, your medical expenses are probably still accruing, unless you have already reached your Maximum Medical Improvement or MMI. A good lawyer will not make a demand or file a lawsuit until the victim has reached his MMI. This may take months or even years, but it is the recommended process, assuming the plaintiff can afford to wait.

When the investigation process is over, the victim has healed to his MMI, or simply can’t wait any longer, the lawsuit gets officially filed. The suit may not get to trial for months or even years depending on your state’s pretrial process. It is important to remember that every state has a statute of limitations—that is, the amount of time after an incident where you can still file a lawsuit—but the statute of limitations only applies to when the lawsuit is filed. If your suit is filed within the statute of limitations, then you will be within your rights even if there is a long wait before the case actually gets to court.

After the suit is filed, both the plaintiff and the defense will investigate the opponent’s legal claims, their validity, and their defense. During this period of time, documents may be requested from one side by the other, as each side is designing their trial strategy. This process can be shorter or longer based on the complexity of the case, as well as deadlines put in place by your jurisdiction.

After the discovery period ends, the lawyers from each side have a pretty good picture of the case from both viewpoints, and will usually begin discussing settlements. It is still possible at this stage of the game for the suit to be dropped, and a settlement to be reached outside of a court trial. A settlement can still be made through a personal agreement or a third-party mediator. Options are still on the table.

If the two sides cannot come to an agreement in any of their discussions, the case is scheduled for trial. The trial itself may last a single day or may last months. It all depends on the complexity of the case, and frankly, the money at stake. A case that costs thousands is much more likely to be completed quicker than a case that costs millions.

After You’ve Settled Your Case

Once the lawsuit has been settled, the court will issue an order of settlement, which requires the responsible parties to complete all paperwork within a short period of time, usually 30-60 days. Among the paperwork required is a file called “the release”. The release is prepared by the defense attorney that establishes the settlement terms. These documents, especially when prepared by an insurance company, are often much longer and denser with legalese than they really need to be. Your attorney will review the release and if it is acceptable, you will sign it. If the release is not acceptable, the lawyers must reach an agreement on the terms–if they cannot do so within a short period (a few days or weeks), they will request the judge decide the disputed terms of the release. Almost like a lawsuit within a lawsuit.

Disbursement of your Injury Settlement

Assuming the defense is not appealing the court’s decision (and it is likely that they will, your lawyer disburses your share of the settlement proceeds. Remember that liens against your settlement, usually medical or governmental liens, will be settled prior to your disbursement. This means a million-dollar settlement–while it sounds sexy and like the plaintiff has scored a windfall of cash–can be trimmed down to a fraction of that when it gets to the victim’s bank account. This is another reason why having a good, aggressive lawyer to fight for everything you can possibly get in the settlement.

This was a lot to read, do you have a short summary for me?

Sure. The number one thing to remember about your personal injury case is to be as detail-oriented as you can. Any evidence you can provide, as well as any proof of damages you can provide, will go a long way to getting yourself the best settlement. When dealing with insurance, specifically, they simply are not going to pay out one penny more than what you have detailed as damages–so put down everything and leave out nothing. Lastly, the process can be very long and excruciating, especially for a larger injury case. Having a smart, aggressive lawyer will help you to get the maximum settlement you can–but also provide advice, comfort, and peace of mind.