To Be Young And Rich 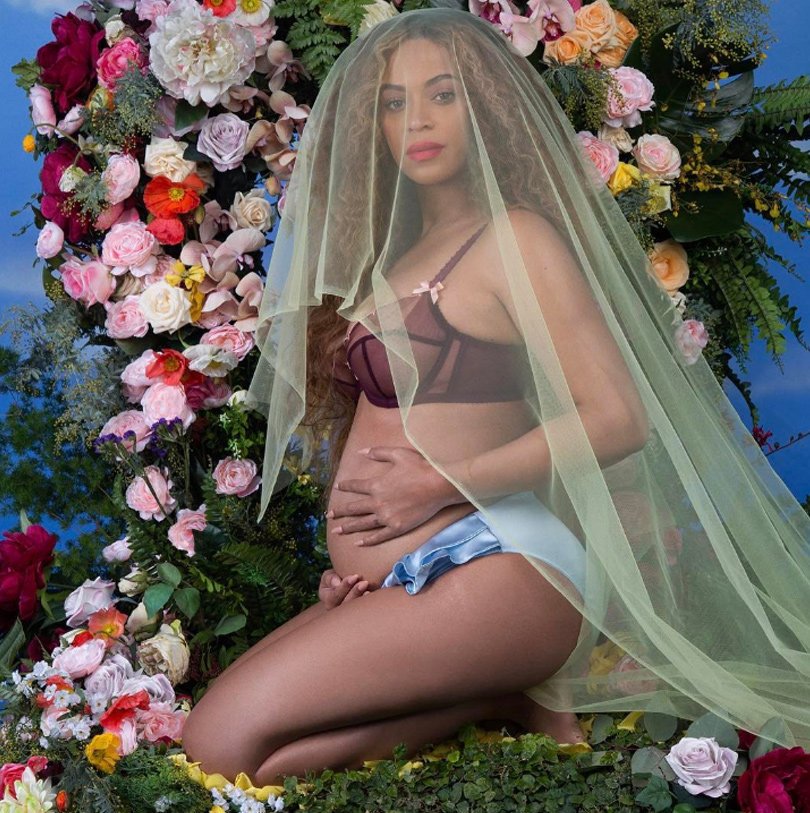 In 2016, Blue Ivy Carter was one of the only toddlers in the world who stood to inherit $1 billion. That’s BILLION, with a “B”. The daughter of Jay-Z and Beyoncé was once the sole heir to the throne of the millennial culture’s queen and king. But on February 1, 2017, Blue Ivy took a large hit to her inheritance when Beyoncé revealed to the world that she was pregnant. . . with TWINS! The news dropped Blue Ivy’s share of the empire down to a measly $333 million. 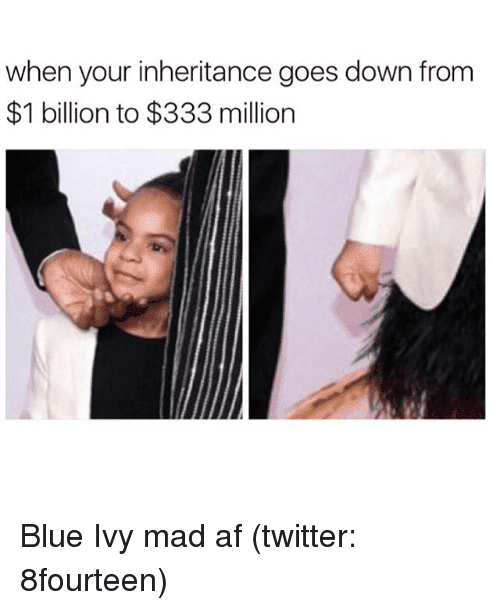 Beyoncé announced the pregnancy on social media with a meticulously timed and curated maternity photoshoot. The world exploded with reactions and, like most of Queen B’s big announcements, this one birthed forth memes so fast the internet could hardly keep up. Most of those meme’s involved photos from the maternity shoot, but one meme stood out as funnier than the others:

Of course, the $1 billion estimates are subject to change. It is likely that as the Carter family continues to expand their reach in all things pop culture their net worth will only grow. In 20 years it could be in the multi-billion-dollar range. One thing is for sure if they play their cards right, the children of Jay-Z and Beyoncé will never have to worry about how to make a buck.

In fact, if Jay-Z and Beyoncé wanted to, they could have Blue Ivy already earning a steady income. It is rumored that Blue Ivy’s name and likeness alone could rake in at least $6 million a year in photos, sponsorships, and merchandising. She certainly has all doors and opportunities open to her, and if her work ethic is anything like her parents, she is going to be just fine with that $333 million.

The rest of us, however, might have to structure our financial and estate planning in more detail to ensure our future generations are taken care of. If this is something you’ve been putting off to set up your free consultation today and you, too, can be just like Beyoncé (give or take a billion dollars.)